A friend sent an email about where he was seven years ago today, meaning for 9/11.

I can remember it vividly. I was waking up to go in to work and my alarm clock at the time was set to play the radio to wake me up. I started to piece together that an airplane had hit one of the world trade center towers. There was much confusion about what had happened and why. On my way into work I listened to talk radio, as I commonly do, and could hear the distress in the voices of those hosting the show as well as the callers. Something just wasn’t right. By the time I made it into work everybody was crowded around a tv in our waiting room, and we watched the replay of the second plane hitting the other tower at the WTC. By now it was all very clear, this was no accident.

During this time I worked at a car dealership in Vegas and was close to a smaller hotel/casino that had lots of meeting space and we were relatively close to the airport. Needless to say there were lots of business travelers that frequented the hotel. As the planes were being grounded all across the nation the skies became eerily quiet and still. Many of the business travelers were showing up looking for rental cars to drive back home, many of them several states away, knowing that travel by plane was out of the question anytime soon. Almost all of my appointments for the day never showed up, and the people who did show up usually cancelled any major service work and were in and out quickly.

For the days and weeks following the attacks of 9/11 there was a somber but patriotic tone about my co-workers and customers. I no longer had any of them complaining about the little things because we were all focused on the bigger picture. I was in charge of our service menus that were handed out with every scheduled maintenance, as of September 12th, 2001 I changed the header to the image you see below. I don’t remember how long we left it that way but we got comments of praise for it all the time.

Several months after all of this occurred we had our friend from Germany visit and she was thinking, Wow! Americans are so patriotic with their American flags on cars, houses, shirts and just about anyplace else you could think of. We informed her that it was the events of 9/11 that spurred this outpouring of patriotism. While many have pushed it to the back of their mind, I still have not forgotten. 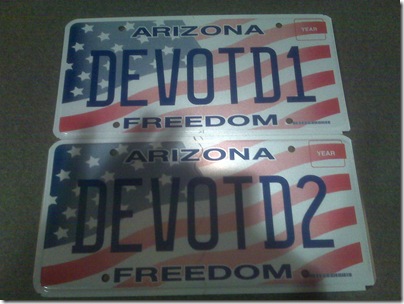 One thought on “What were you doing 7 years ago today?”