So I purchased a new PC in the last few weeks that is awesome. It goes along with my monster monitor that was recently added to the home. So now it is time to move it into my (PC) closet so that my office once again looks nice and clean. when I prepared this custom built office a couple years back I buried all of the wires in the wall, and thought I had future proofed it, sadly that is not the case. I soon discovered that without the right cabling my new monitor could not achieve full resolution.

If you are not familiar with my setup I have my monitor, keyboard and mouse on a suspended desk and the computing hardware buried away inside the closet. This requires about 15 foot of extension cables of various types to achieve. Sadly enough my monitor was only able to achieve 1920 x 1200 on the existing cable that was in the wall. This may sound like plenty but it is not why I went with a 30″ monitor and an Nvidia GeForce  9800 GT with 1gb of ram. I was surely looking for more. After examining the patch cables I discovered that a while back I had installed three cables to connect the previous monitor to the previous computer, which happened to be 2 dual link DVI cables and 1 single link DVI cable. And further the one that was buried in the wall was the single link.

All was not lost though, I had thought ahead and installed some PVC piping in the wall that contained all my cabling, however due to the aftermarket install it was limited to about 1.25″ in diameter that was inside the wall. After reviewing my pictures from the install I remembered that I put the original DVI cable through before closing up the wall, because it was a tight fit. This same pipe contains a network cable, usb cable, two audio cables, and an RG6 coax cable. Needless to say it was a tight fit.

I started looking for options. My monitor would support HDMI input (which has a small connector) but that after extensive research was to no avail. Turns out that HDMI only supports single link (1920 x 1200) DVI conversions. There is a HDMI type B connector that supports dual link but nobody is producing it. So I was now forced to feed through a new DVI cable in this narrow pipe. Turns out that some of the PVC pipe connectors must have come loose since the install because just
pulling out some of the unused cables they seemed to snag, WTF!. I was not going to open up the wall again because it looked like this when I broke it open before about two years ago. Ouch! 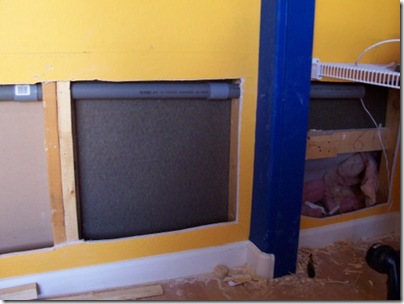 So after trying countless times to push/pull a new dual link DVI cable through the wall that I was going to have to create a new approach. 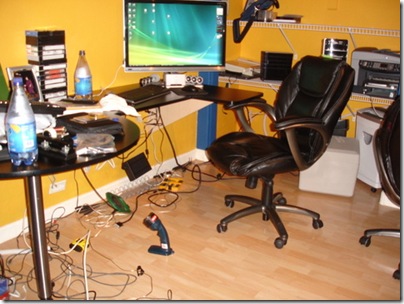 It took a good nights rest and another trip to Fry’s to figure out the new plan of attack. And then it came to me, use a smaller DVI connector, but did it exist….kinda 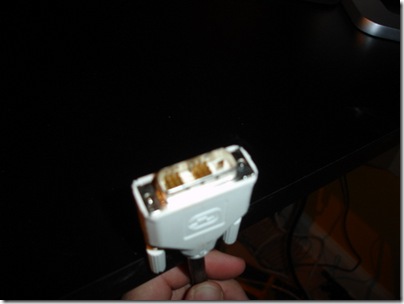 This is what a DVI connector looks like (this happens to be the P.O.S. that I for some reason installed inside my wall) it is very large and has lots of points that could snag inside of the wall. In order to work around this size limitation I needed to chop it down to size, but would it work? I used the single link cable as a tester to see if I could hack it down. 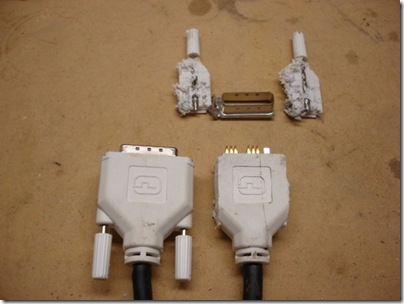 The connecter could be hacked down to a much smaller profile. Keep in mind this was still the single link cable. I was not ready to start hacking away at my new $50 cable that needs to go inside my wall. Also notice the large gash in the right side cable. Something in the wall was surely causing a hard snag…ouch. So now I had my plan of attack, cut the new dual link cable connecter down to size and shove it through the wall. 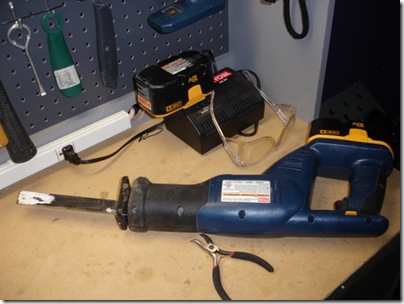 I had no problem using that big ol’ saw to chop my new DVI cable down to size to fit through the narrow opening in my wall. 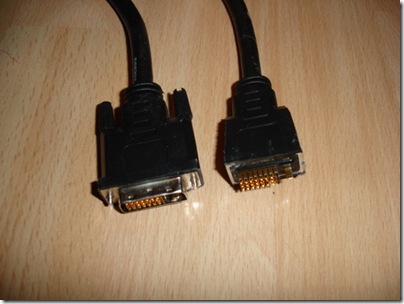 Finally I had a solution, the new dual link DVI cable was hacked down to size and I was able to get it in the wall, and further I could push my other coax, usb and audio cables back through also.

These are the finished shots after having the cables all buried back in the wall. 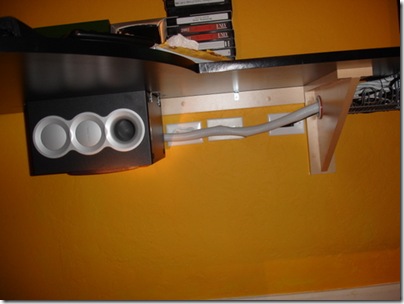 That big black box is the monitor power supply 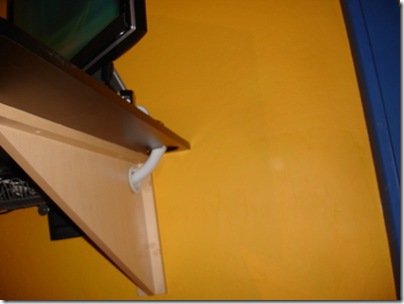 That strip of yellow wall has all my wires running through it and into the closet.

So back to my original point, ‘What is Dual link DVI?’ I have learned that if you want 2560 x 1600 (holy sh!t that is big) than you must use dual link DVI cables to push that signal. HDMI cables are great if you want to do 1080P (regular hi-def TV signal) but if you want the ultimate in screen resolution then dual link DVI is the only way to go. Single link DVI maxs out at 1920 x 1200, and my monitor limits the HDMI to that same resolution. Found out this little gem deep in the owners manual

I have added a screen shot that was just taken with print screen to show you all that can fit on this large of a monitor…this is awesome!!! 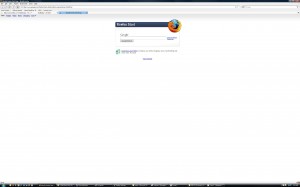 If you are a geek you can view this image alone by itself or download it but you will see this is massive. Wow doesn’t the Google/Firefox search page stuff look strangely small??

Finally done, note to self: if you want massive resolution then use dual link DVI and no
thing else.