I went to a funeral in Chicago over the weekend. I was going partly to pay my respects and partly to support someone I love and care for very much. Her dad had pancreatic cancer and passed away last Saturday. The last funeral that I had been to was in 2003 when my grandfather passed away. Not really sure what reactions I was going to have I tried to stay level headed.

There have been some major changes in my life recently and some of these thoughts weighed heavy in my heart.

I was asked the night before to be a pallbearer; honored and amazed I accepted. This man was as close to a solid father figure as I had ever had. Holding my chin up and after putting on the drab grey gloves I helped to lift the casket into the hearse. After I quickly turned to my best friend in the world, with tears beading in her eyes I just held her as we headed to the church.

Presenting a strong rock to lean on I was honored to be here. We arrived at the graceful church and I prepared to escort the exquisite casket up to the alter. Slowly we lifted his casket onto a sturdy wheeled stand. Most people had entered the church except for the immediate family, they all waited by the door to welcome him into church. Now I wanted to be strong for all those who may need me. Once we got the stand to the entrance all of the pallbearers were asked to place their hands on the now draped casket and guide him up to the front. Until this point I was strong, I was a rock. Upon our entrance a single voice began…’Amazing Grace, how sweet it is’. Tears rolled freely down my face. Sadness was overcoming me. I looked at his brothers, and the other three pallbearers around the slowly moving casket. All of them with tears in there eyes.

I am human. (thankfully)

The rest of the mass was difficult, uplifting and filled with intense grief. Some how it is appropriate to hear baby noises, it ushers in new life as others expire.

I was worried that I had completely detached, or would be so pre-occupied with my own earthly problems. Honored to be there, and glad to be there for a great friend who needed me.

Steve, you will be missed. 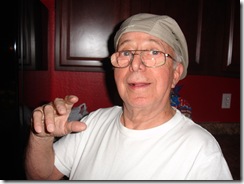 One thought on “Heavy Hearted, I am Human”