So I decided to tackle a new project. And just for kicks thought I would throw in some pictures. This is the before shot 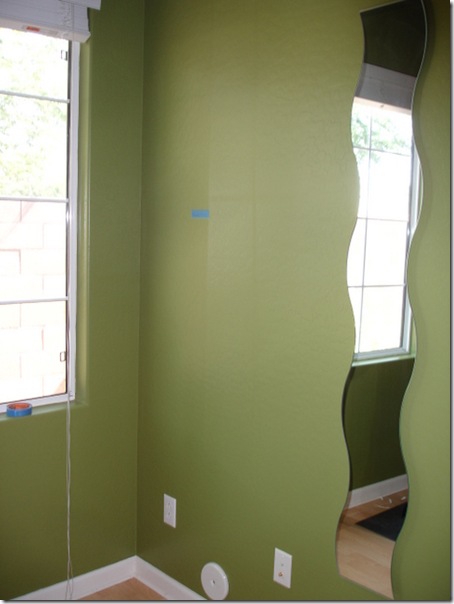 So those of you who have been over know that there is normally a treadmill in this spot, so what is going on here? Why is there blue tape on the wall?

Well first I had to make a big mess, because that’s what guys do when working on projects. This also involved getting out every tool that I own, just to prove to my other half that I really did need to get them. 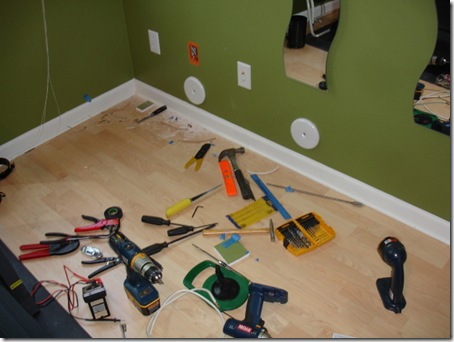 Ok so now that I got that out of the way I could start cleaning up, and of course Jewel could resist and wanted to know what was in the hole in the wall. Well it was just to access the wires to the new project. 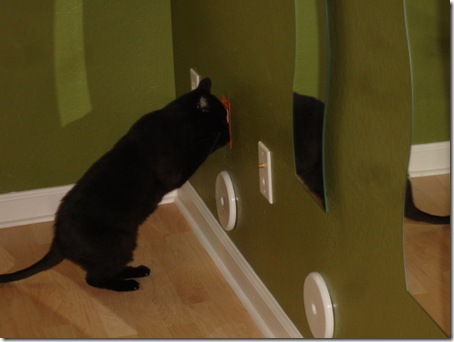 So now that I cleaned the mess all up, no thanks to Jewel, I can present the finished project! 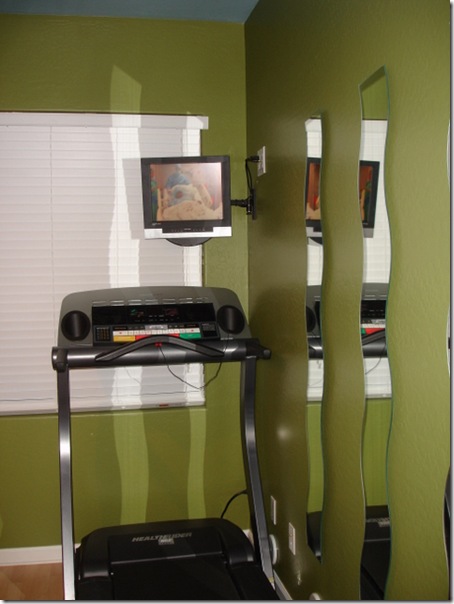 We now have a TV hooked up in our workout room!! And if you look real close you can see that there are no cables running down the wall. I managed to run power and coax up to a new box. And if anyone has seen our house aesthetics are a must. I even learned how to wire high and low voltage wiring in the same junction box (hint, you have to use a physical barrier). So now when you visit we can watch TV in the workout room too. Don’t worry about those wimpy little speakers on the TV because the sound actually is piped through the Sonos system so it is great.

If the TV looks a little old, it is. It is actually the monitor from our office, which prompted our visit to Fry’s (if you noticed the tweet yesterday).

So this is the new power supply, it is about as big as my friggin laptop! 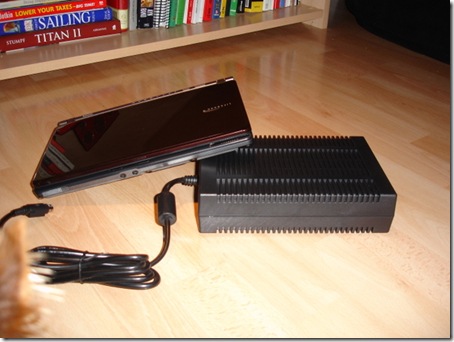 So what could possibly go with a power supply that big….Our new 30" flatscreen!!! The picture below does not do it justice, it is only at 1920×1200. That is all that our 5 year old Sony Vaio can do. But when we get the new computer it will show this baby’s full resolution of 2560×1600! You can see the side by side comparison with the laptop both looking at Picasa, massive difference. Also included a pic compared to the plasma screen. If your interested I included all of the project pictures in a flickr album. 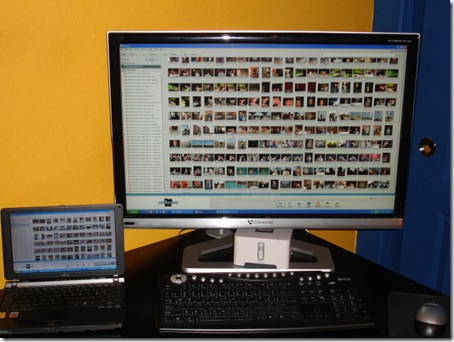 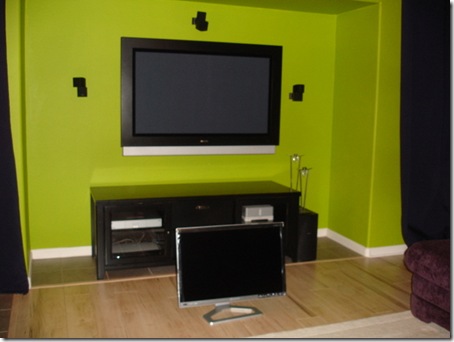